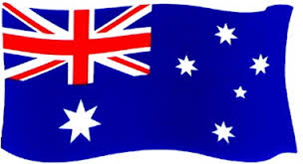 Leaving Bordertown around 8am we headed  up the highway to meet the Padthaway cars at Keith, albeit a few minutes behind schedule so we were informed, we were all  travelling well at a fair pace when Webb’s ute decided to have a hissy fit and started blowing out steam from underneath.
Luckily the Doshe’s and Lenny (tail end Charlie at the back) were behind them as they pulled up behind the ute near a farm house this side of Tintinara. After contemplating the situation, we decided the ute needed to have a rest and hopped into Lenny’s Mercedes to continue the journey to Walker Flat. Marlene was disappointed as after spending most of the day previously washing and polishing the old girl, that no one could see her at her best! Coffee time at Jaggers at Tailem Bend with especially made aussie lamingtons (from the Webb's ute) were a hit and we continued the trip.  Our leaders, David and Darrell missed the turn off  to the flat and had to make a u turn which the Pontiac did in one go but the ute had to do a 3 point turn. On arrival to Walker Flat, even though   David had sent through how many of us were coming there was just enough room for us to make a row right in the middle of the ground amid all the 100 or so cars that were displayed there  by the calm waters of the great Murray River. Darrell's ute pulled up with steam coming out the bonnet but it was only a minor hitch and the problem was duly fixed in no time. The weather was very pleasant and it was a great atmosphere catching up on friends and admiring the assorted array of cars, trucks and bikes that were displayed in their finest.
The only thing our group won was Rob, who was lucky scoring one of the raffles.
On our return, Webb’s tried to drive the broken down ute home but it kept boiling, so ever ready prepared Darrell with a handy tow rope in the ute came to the rescue so ended up a great relaxing day out on Australia Day